Back, in the most beautiful island in the world

We are back in Bali (actually, not to spoil the surprise, but I am actually writing this retrospectively from the comfort of Hayling Island. But I digress...). Back in the most beautiful island in the world. Two months here last year was nothing like enough; especially as we were working like dogs at the time!

We had a lot of places that we wanted to see so we hired a car for a week and sped around the island. We drove over 600km and, impressively, no one was even injured. We made our way through the mountainous core of the island first, stopping for some stunning paddy fields at Jatiluweh, a broody lake temple near Bedugul and then stopped overnight in the drop-dead gorgeously located Munduk Mimpi Plantation hotel. 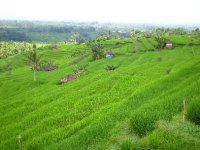 In the morning, we got up and, fortified by a tasty cup of fermented weasel poop http://en.wikipedia.org/wiki/Kopi_Luwak , travelled on to the northwest of the island. We'd been itching to do some diving here in a site called Secret Bay; Very Widely Talked About Bay would possibly be more apt - as we expected the place was a hothouse of funky fish & things to see.

Most strikingly, these juvenile batfish lining up for me - 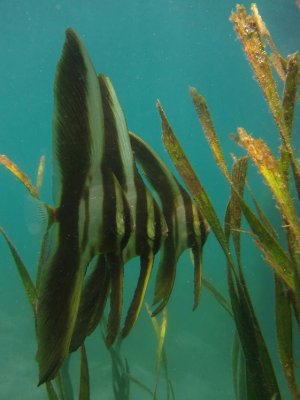 Then, last but not least, we drove around to Tulamben, our previous stomping ground, and got up before dawn to be the first people diving on the wreck of the USAT Liberty. Painful getting up at 5am but entirely worth it 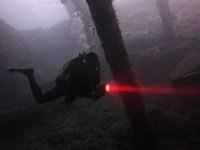 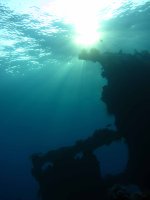 And to round the day off nicely we had a great 90 minute dive along the coast at Seraya, spotting a rare pair of harlequin shrimps, a baby angelfish & some very aspirational looking batfish... 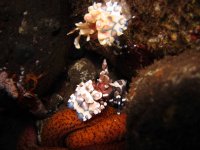 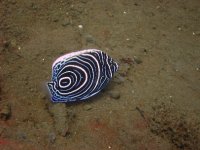 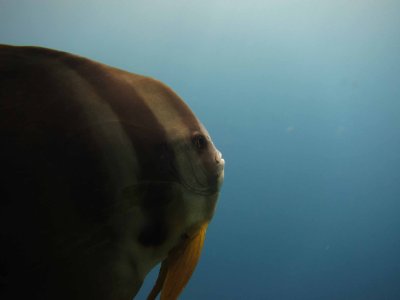 From Borneo we have flown back to Kuala Lumpur, then back to Denpasar in Bali and now onto Labuan Bajo in Flores, east of Bali along the Lesser Sunda Islands (I don't think anyone really calls them that but it sounds kind of cool). We are now back in Indonesia for the next 2+ months. First stop: dragon hunting.

No, really. We are very close to the island of Komodo where the last populations of Varanus komodoensis, better known as the Komodo Dragon, still live. Actually, Komodo is 'dragon' in the local language so the phrase 'Komodo Dragon' is a bit redundant, but I digress.

Regardless of what we call them, they are BIG, 2-3 metre, carnivorous lizards with poisonous drool and a mean turn of speed when they want to. Their typical modus operandi is to bite something, wait a day or two until the virulent pathogens in their saliva finish it off, and then eat the cadaver. Luckily, we have protection for our hour-long hike around the interior of Rinca - an 18-year old tourism student with a long forked stick.

I managed to get within about 2 metres of some of the 'tamer' ones around the camp to take some pictures without disturbing them, but then made the mistake of asking the guide how close he would go to the dragons. "Hmm, maybe 3 metres?" he opined. Oops.

Fascinating as they are, the dragons are but a small part of why we are here. We are on a 4-day dive safari around Komodo National Park to experience some of the incredible diving here. The marine part of the national park is one of the significant breaks in the chain of islands of the archipelago which stretches from Sumatra in the west to Timur in the east. Trade winds and tidal differences mean that the part of the west pacific immediately above Indonesia is about 20cm above the global average; meanwhile the part of the Indian Ocean south of Indonesia is about 10cm BELOW the global sea level average. Needless to say this is a LOT of water trying to make it's way through the limited number of channels between the islands which exist. What this means is (typically) very strong currents passing through the area, water being forced up from much deeper levels & hence being much cooler (and typically containing more nutrients), which means more fish, more coral and more life. Note however that it's not just a one-way flow, the extremely complex island & channel topography result in the craziest, most difficult-to-understand and potentially the most dangerous tides of any area we have dived in. Some of the straits we have sailed through have been pretty scary, full of randomly white water, whirlpools and ominously quiet bits.

You'll be pleased to hear that as I'm writing this we made it back from Davy Jones' locker though. And what an incredible few days diving we had. We still can barely believe how healthy most of the environments are, the stunning colours of the soft corals, the swarming multitudes of the fish and all the random small stuff we saw. Absolutely phenomenal. 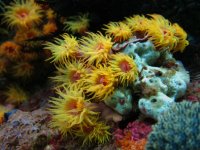 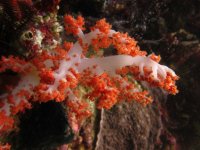 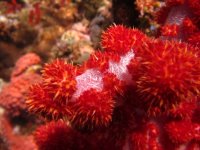 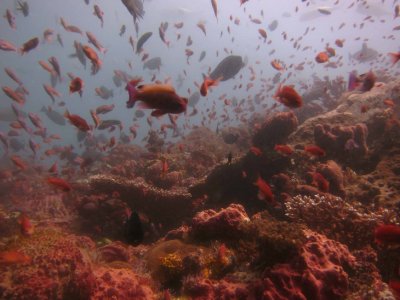 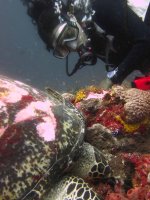 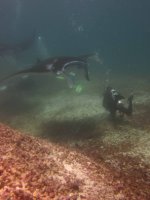 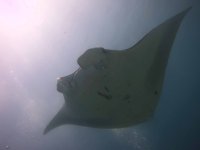 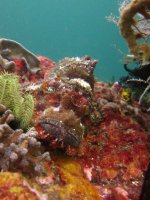 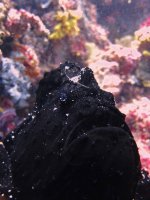 Another big notch on the diving bedpost

An earthquake hit Bali this morning, approximately 7am Bali time. Reports indicate that the quake measured between 5.8 and 6.1 on the Richter scale.

We were at the dive shop when it hit. A minor tsunami erupted from the swimming pool, all very exciting! The tremors lasted for a few seconds and everyone looked a bit confused but luckily, no-one was hurt and there was no damage to any of the surrounding buildings.

We've just come back from a couple of dives at our local reef in Sanur, and we think we heard an aftershock on the first dive whilst we were underwater! Low rumblings that sounded a bit like a big boat. Just going to check that out now on t'web.

Ah, Bali - a feast for the senses.

Heady aromas of incense and jasmine rice waft through the air. Friendly locals with ever-ready smiles and daily (sometimes hourly) offerings of fresh flowers to statues of gods. Rhythmic drumming and jaunty percussion from the seemingly impromptu street parades - you'll catch at least one each day whether you want to or not. $8 hour-long beach massages - manna for aching limbs. And the food! Amazingly cheap and devilishly spicy, it's tingly-tastebud perfection for we two jaded travellers. Suitably paired with a frosty beer or two, of course...

We're interning for two months at Blue Season Bali, a dive shop in the 'fishing village' of Sanur (as described by Lonely Planet). However, most fishing villages don't have three Dolce & Gabanna shops within walking distance, paired with some knockoff Paul Smith concessions.

We had a bit of a slow start but are getting to grips with the fantastic diving now, although some of it comes in bone-chilling 15 degree water (this is very cold). It's also nice to be part of a community for a while, hanging out, drawing on dogs, etc (more on this later).

All we need now is some time off to surf!