Two months of Bali have passed in the blink of an eye and we have left Indonesia (a day after our visa expired - woops. Luckily, when you have hard cash in Indo you can bribe your way out of anything very easily) for Honkers.

HK is both familiar - British rule has left behind Marks & Sparks, afternoon tea (more on this later) & London-style buses (sadly not red); and exotic - the towering incomprehensibility of neon Putonghai characters 20 feet tall decorating our road, Cantonese chatter on mobile phones on the airconditioned subway and restaurants and shops full of delicacies which we'll never be able to figure out. The city centre thrums with activity, as the MTR (underground) network flawlessly shuttles people around a breakneck speed, twenty-something office girls go for lunch in gaggles of giggles, and vast shopping malls are thronged with the international temples to designer gods. These people like to shop. Everyone is trying to sell you something, walk through the space you are inhabiting, or cough at you. Expats cluster together drinking in bars, comparing notes on the previous night's drinking. Locals lunch at high speed in huge, cacophonous eating halls. Old men sit in the oddest places reading the racing pages. 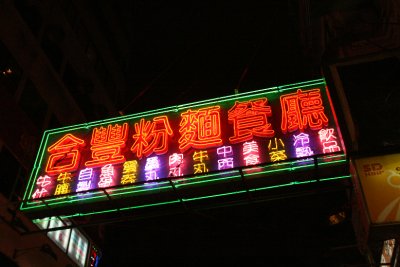 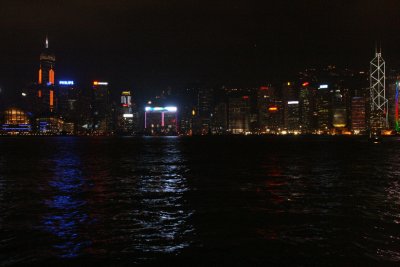 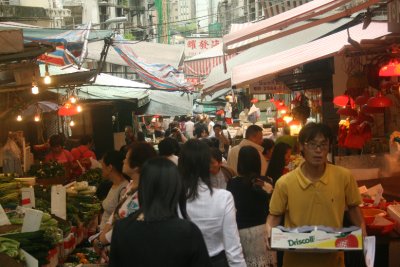 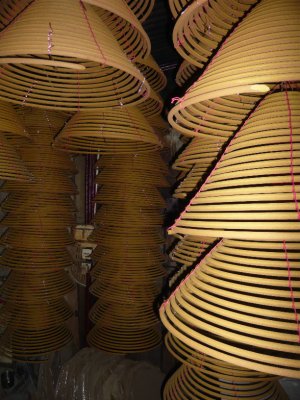 It's been a lot of fun being in this sort of energy again. We have caught up with old friends, met new ones, gambled, prayed, shopped, eaten and drunk our fill.

First social engagement was a night at the Happy Valley races, meeting up with Tanvi and Konnie from my old JPMorgan days. Our careful strategy of picking the horses based upon their names only yielded winnings of about 10% of capital. Not great then. We headed into the expat ghetto of Wan Chai (neon lights, filth, drinks promotions, hawker girls) for a couple of drinks; luckily our balcony bar had an excellent view of the brutal fight we saw unfolding between two drunk expats. Charming. What with this and being refused entry to the girly bars as we had ladies in the group, we had had quite enough of the place. Lan Kwai Fong was slightly (emphasis on slightly) more civilized but we only lasted a couple of cocktails longer. Good cocktails though...

The next day we took the fast cat to Macau. A former Portugese colony, Macau is now a Special Administrative Region of China, in much the same way HK is. Macau is much smaller though (think a city state rather than the huge amount of surrounding greenness that HK is embedded in), and is blessed with a quaint Portugese-style city centre which is nice for a brief wander. As in, twenty minutes of wandering before you hit the other side. However most people come here for the casinos. It's sort of like Vegas for the Chinese, except without the fun, drinking and hence the atmosphere. Everyone is very serious, sitting at the baccarat tables, smoking furiously and not looking like they are enjoying themselves. A bit of a disappointment compared to the adult playhouse feel of Vegas.

After a few days of sybaritic excess we took our foot off the pedal, seeing some of the more traditional side of the island(s). We chilled at the peaceful Chi Lin nunnery, pondered at the Po Lin monastery, lit incense for our travel blessings at the Sik Sik Yuen Wong Tai Sin temple ("Ah, very bad luck. $20 to pay the Buddha to remove bad luck"), trekked up to the 30m-high Tian Tan Buddha (OK, so we got the cable car. Better views anyway) and then wandered around with the locals in Kowloon (“Ah”, said an expat friend who will remain nameless, “You're staying in the Dark Side”). 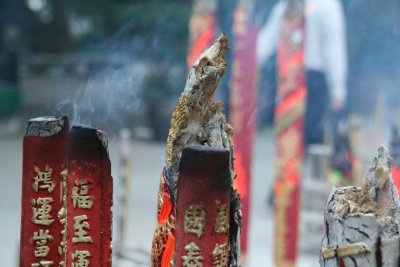 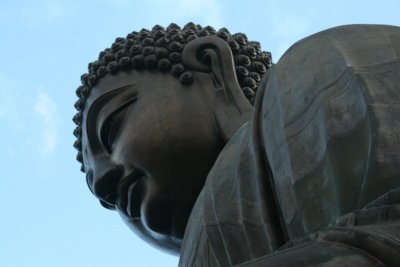 And the food! Chinese cuisines abound, all of them knocking everything from London into a cocked hat. More details soon. It's almost redundant to say, but our kind of place!

no stopping in the middle of the tunnel!!! hahahah glad u like the mtr!!!