Since the whole Macchu Picchu debacle we have stepped up our pace a bit in an effort to get to SE Asia and with it, curry and diving. Unfortunately this has meant that we have had to give very short shrift to Chile and Argentina, while fully recognising that they are both two wonderful countries. We´re planning the next trip back to Argentina already, positive that it´s a lovely place (especially if you can bring some wine back). These countries (or the major metropolitan areas thereof anyway) are pretty much first world countries now - I have to say it´s quite nice to be back somewhere familiar after 3 months in significantly more challenging places.

San Pedro de Atacama is, as the name suggests, on the Atacama desert, and hence is one of the driest places in the world. As its also pretty high up this makes it perfect for doing astronomy, hence why some of the worlds biggest land based telescopes are based here. We did a nighttime observatory tour (very cold), seeing the Moon, Jupiter, nebulae, binary stars, star cradle regions... all sorts. 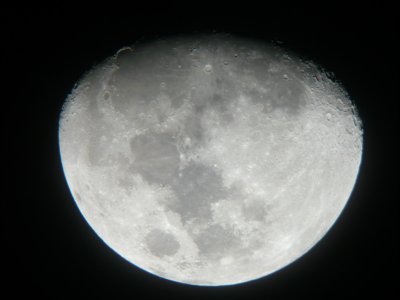 From here we got a 23-hour bus south to Santiago de Chile. The food ration we received over this time totalled

1) HALF a ham and cheese sandwich (one sandwich, not two)
2) a carton of pineapple juice
3) four custard cream biscuits
4) a small pot of orange juice

We are flying out of Santiago to Easter Island in a few days but the lure of being so close to the Argentine border was too strong. We took another bus trip to Mendoza - 9 hours each way going right up into the alpine Andean passes, then passing through the beautiful, huge, craggy foothills laced with tiny vineyard freeholdings both sides. We were only in Mendoza for 36 hours (or to put it another way, two steak dinners and a steak sarnie for lunch) but it was worth it. 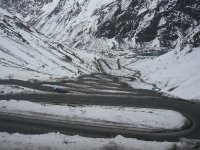 The first night we relied on the oldest trick in the book for tracking down the best example of a fairly prosaic type of food typical to a city (i.e. if you needed the best chippie in London, etc) - we asked the cabbies. Two separate cabbies confided in us that the best parrilladas in town were at the corner of Peru and Sarmiento. We randomly chose the Florencia.

At first it seemed like a bit of a "family" restaurant - not a good thing in the UK or the States as we feed our children crap generally, and the first impressions weren´t improved by one of the surly male waiters (not one of whom was under 40) shutting the door on Angi. The waiters turned out to be absolute gems though (I guess when you pay people more than minimum wage they start to take some pride in their jobs), steering us away from a tripe-heavy parillada set menu and bringing us instead a pair each of tasty chorizo and black puddings, two ENORMOUS chunks of ribs and what I think might have been the best bife de lomo steak we´ve ever had the privilege to have put in front of us. It was perfect. Crispy and slightly browned on the outside, tender and juicy on the inside with nary an inch of fat or wastage. We fell on it like a pack of wolves, pausing only to pad our stomachs slightly with garlic chips and wash it down with a fine bottle of malbec. And this all cost probably a third of what the same meal in London would have been. 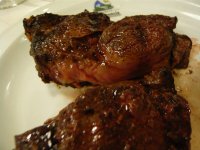 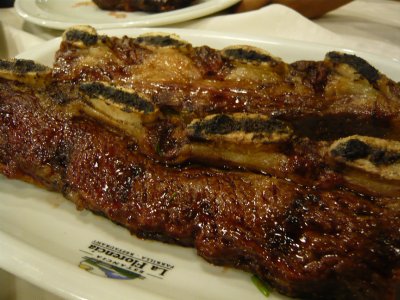 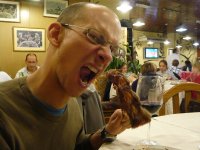 The next day we spent very aimlessly and pleasantly wandering around Mendoza, on a beautiful clear, temperate winter´s day. It´s nice to be somewhere that feels like home, with a touch of winter sharpness in the air but still with the sun shining, and shining a little lower in the sky than the burning equatorial regions as well! Plus, weird as it sounds, it´s nice to experience a day that´s not strictly divided into 2 12-hour day/night periods. OK, OK, I´m just a homeboy far from home I guess... 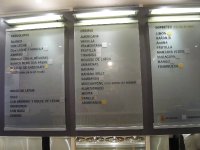 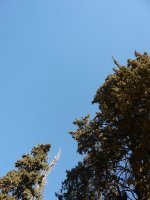 The next night we took a taxi across town to another parillada called Don Mario. This joint was a little more civilized, and as we hadn´t been to a vineyard we decided to rise to the occasion by treating ourselves to a very nice bottle of Luigi Borga Malbec (thanks to my cousin Jack for the recommendation). We started off with some perfectly cooked sweetbreads - slightly crunchy on the outside, soft and almost rude on the inside, grilled with half a lemon over them. Nummy. For mains the waiter encouraged us to cast our vote on an epic contest - Bife De Lomo vs (half a) Chateaubriand! The meats were both, again, exceptional - today the lomo was a little saltier with a wonderful little layer of fat around the outside, while the chateaubriand, according to Angi, "tastes like babies". Again we ate until we could eat no more, and then toddled home.

(i forgot the camera - sorry. They did look pretty similar though; two pieces of beef the size of two clenched fists!)

And that was the end of our Argentina experience! This time, anyway.

Posted by pendleton 15:14 Archived in Argentina