After a day of sandboarding silliness we went to Nasca. Another indistinguished town sitting on a high, arid, rocky plain, Nasca was left entirely to it´s own devices until in the 1920s someone flew over the town in an air plane and saw that all around in the desert HUGE patterns have been etched into the terrain. The biggest are about 300m long! We know hardly anything about the people that created them, including why they would go to all this effort. Either it´s a message to the gods or a giant advertising campaign for the predecessor of Inca Kola. We took the vomit comet flight over them and just about came back with stomachs intact...

Here´s the Colibri (hummingbird), clearly the best one 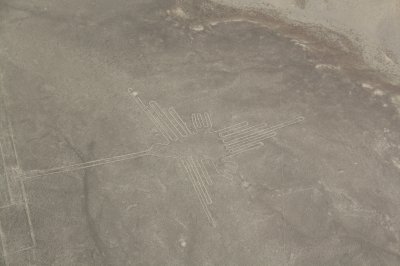 And this guy is either a spaceman, an owl, or an Inca Kola rep, depending on who you talk to 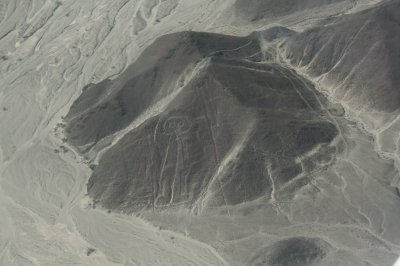 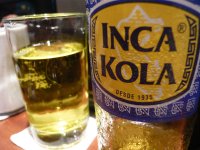 (loads more in the gallery)

The only other thing the Nascans left is some incredibly well preserved mummies in their burial chambers. The desert is so dry that everything has remained perfectly preserved for a thousand years, give or take.

Posted by pendleton 10:05 Archived in Peru