We had a bit of a low spot post-Galápagos. A combination of such an amazing experience, being forced to spend a few days which we didn´t really want to in Quito, and general malaise/slight illness.

Now we are in Lima though. It´s quite a swaggering, coastal, urban metropolis of more than 7 million souls. Everyone we speak to seems to hate (or at the very least, strongly dislike) it, and for the first couple of days we sort of agreed. Then it randomly struck me that famed Japanese chef Nobuyuki Matsuhisa has based his career (and several exceptional restaurants) on a blended melange of Japanese and Peruvian cuisine. Aaaaah.... we said, time to get eating.

Once we got to it we had a whale of a time, and some fantastic meals.

Firstly we found some of the aforementioned Japanese/Peruvian fusion sushi et al... which was phenomenal. All the subtleties and delicate flavours of the traditional Japanese cuisine, emboldened by the spicings and fresh tastes of the Peruvian palate (which, as Lima is right on the Pacific, has a long and cherished history of dealing with seafood really well). Really, really, really, good. 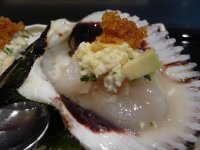 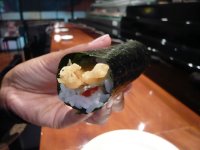 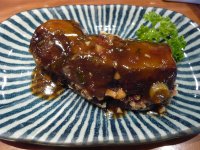 After this we got down with some of the traditional Peruvian cuisines - roast guinea pig, suckling baby goat, anticuchos (beef heart kebab on skewer), stomach/tripe and what we think was a chicken´s secondary corn-digesting stomach. 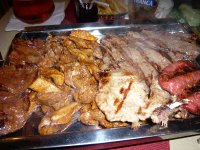 Finally we had the most exciting find of the lot, a completely unadvertised, un-hyped restaurant run by one of the most acclaimed chefs in Peru, solely cooking lunch for 10 tables a day out of the converted front room in his house. We had to get a taxi to the dodgy taxi-repair-and-bootleg-casino part of town for this experience (twice; we were turned away the first day) but it was more than worth it. Chef Wong was definitely the nicest chef we have ever had the pleasure of meeting, positively encouraging us to endlessly pester him with videos and pictures while cooking. What a hero! And the food was incredible. Nothing but the freshest flounder, first up as a ceviche with pulpo (octopus) and then lightly wok-seared with some veg. But it was a revelation. We ate until we thought we were going to die. 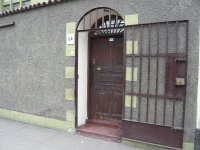 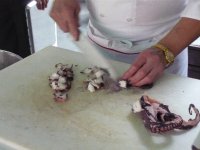 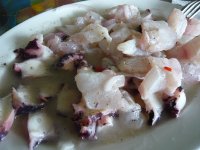 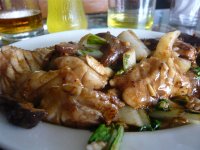 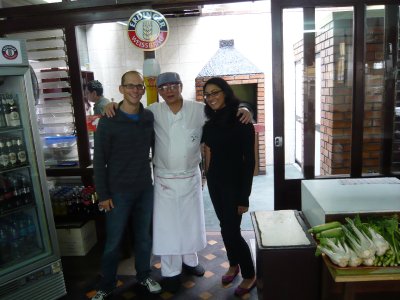 Posted by pendleton 18:55 Archived in Peru