It's Not A Swamp

It's a Wet Prairie

21 °C
View The planned itinerary, correct as of December 2008 on pendleton's travel map.

IT'S NOT A SWAMP

It's a wet prairie

Ever since I was a kid I've wanted to go on one of those big fan boat things that we saw cruising around the swamp on some rubbish TV serial . Today was the day to fulfil all those dreams, in the Everglades National Park.

We decided we needed a break from Miami's hecticness so we rented a car for a day and headed south to the Everglades. On the way, following the teachings of the Good Book (the Lonely Planet) as we do, we stopped at a food and drink shop called, amusingly, Robert Is Here for some tasty key lime-flavoured milkshakes and ickle tarts. 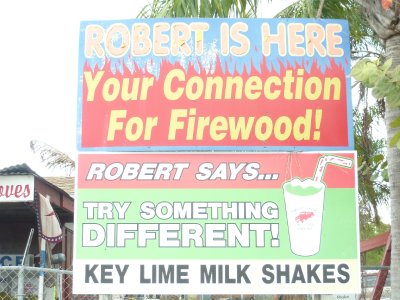 Nummy. Tart and sweet, just how we like them. 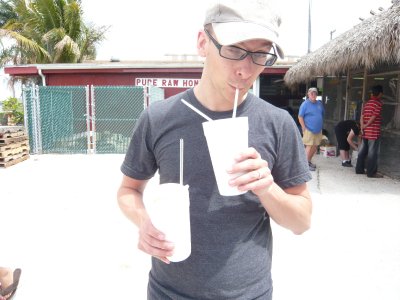 A little further (just outside the National Park itself in fact) we got to the park's slightly tacky little sister, the alligator farm. The main attraction there was a short ride on the airboat, which was honestly about the most exiting thing I have ever done. Look, we have evidence... 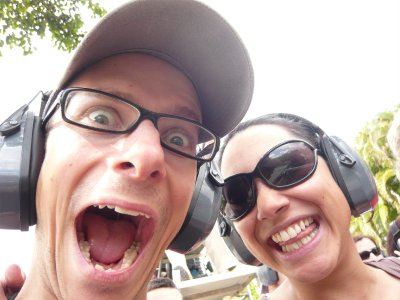 Our driver James pootled us around the parts of the swamp where he knew we'd be able to spot gators and turtles and then turned the fan up to maximum and gave us a thrill ride through the flat, grassy, unoccupied parts of the park. It was fantastic, especially as he kept on doing donuts and getting us all excitingly splashed!

After that we saw several reptile-related activities at the park (snake show, alligator feeding and an alligator show), all of which were pretty cool, as we got to hold the baby critters! 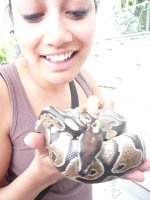 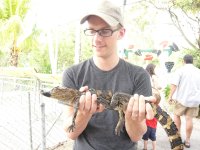 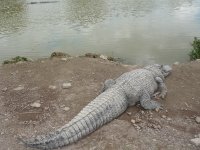 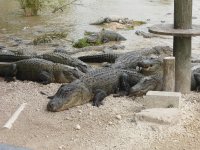 For those that haven't had the pleasure, snakes feel very nice, firm and supple (and not cold and slimy at all), while baby gators have a similar texture but their skin is a bit looser.

After the shows were over we had a quick wander around the National Park itself, which was nice, but as with a lot of America's national parks you need to set a serious amount of time aside to really appreciate it as they all tend to be massive. We had a quick wander around it (the only temperate rainforest in the world, fun fact) and saw a gator eating another one. Yeah! Nature red in tooth and claw, that's what we like!

Posted by pendleton 17:52 Archived in USA