We finally arrived in New Orleans at about 9am on a sunny morning, but absolutely shattered after our <30min kip on the floor of Houston airport. Into tropical climes - the air was humid and heavy, a welcome change from the arid desert we'd been in. We made a quick trip to a former colleague of Angi's charter school, which was great to see – it was a challenging urban school that had been in a total mess but was starting to be turned around by solid leadership and proper pupil discipline and was getting to be a model of order. It had its own vegetable garden that the kids tended to and from which they ate their school lunches – although we were in a bit of a tired, travel-rumpled state to really appreciate it (or have much contact with the kids!); then we checked into our hotel and slept 'til mid afternoon. 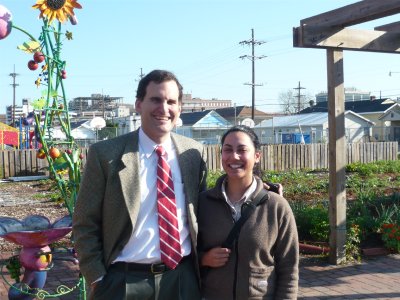 Got up then and had a wander around town. It's another very interesting, very distinct place – one description in the Lonely Planet (or 'The Book' as we refer to it) is that it's the northernmost Caribbean city, which makes a lot of sense – it definitely feels more non-1st world in the way of the pace of life, the infrastructure and the division between locals and tourists. We are staying smack in the middle of the French Quarter which is the major touristy concentration of bars, music places and voodoo shops. We quickly start to fall in love with the town as we realise that everyone is obsessed with music and food – our kind of place!

We gorge ourselves on Creole and Cajun cuisine, eating (deep breath): Fried oyster po'boys; A 'muffalletta' – ham, provolone and olive salad in a bun; turtle soup (no, really! A bit like the EAT chilli soup but much tastier) served with a dash of sherry; jambalaya (chicken, sliced sausage and rice in a spicy tomato sauce); gumbo (similar but saucier and with more stuff thrown in); chicory flavoured coffee and beignets (gorgeous little flat rectangular doughy doughnuts dipped in masses of powdered sugar); fried alligator chunky bits; fried green tomato and crawfish au gratin; and finally some fantastic pig preparations at a place called Cochon: hogshead cheese (like a soft pate made of the head flesh, all made on-site), a ham hock cooked on (and falling off) the bone and the cochon itself – a delicious pie-shaped serving of the shredded rib flesh. 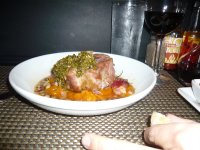 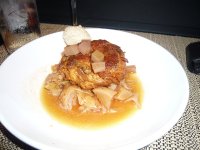 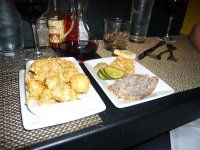 We decide that we could easily stay here for a fortnight, eating massive meals out every lunch and dinner. There really are so many world-class restaurants that it wouldn't be difficult to do at all. We also had a quick wander around the Garden District and Magazine Street, ogling the beautiful Southern houses, visited a bizarre art gallery full of saucy pictures a lesbian artist had drawn of Hillary Clinton, and (of course) caught some great live jazz. We went out to see some music both nights, both nights half way through the band's set they were joined by some wrinkled old crooner with a dodgy backstory but with the voice of an angel. 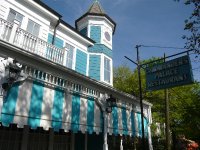 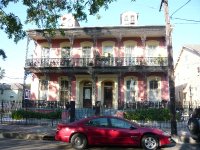 On Friday we got up early for the long drive to ATL and the Bhole clan. To be honest we were a bit hungover and unprepared for the gruelling 500-mile drive that we had ahead of us so it was a tough day. The highlights was getting stopped for (and then let off from) speeding in Alabama. Thank you English accent! We drove through four states: impressions are Louisiana (flat/swampy), Mississippi (flat/river delta), Alabama (roadside greenery like England but very very rednecky), Georgia (can't remember, too tired).

P.S. As a footnote, I also ate breaded snake goujons in Arizone, meaning I've eaten I think my first three reptiles within the space of one week! Turtle is the best so far. [Don't worry, I checked it wasn't endangered first]

Posted by pendleton 11:23 Archived in USA

Looks like your having a nice time....
Have a great birthday Love Guy, Caroline, Daniel and Mangetout (Tristan).