What does Borneo mean to you? To me it sounds like the ultimate in deep, dark jungle. The real Heart of Darkness – thick forest, chittering creatures, possibly unknown, uncontacted tribes.

The reality is sadly different. Mostly what we've seen in our two weeks back and forth across Malaysian Borneo is palm oil plantations. Rows upon unbroken rows of oppressive monocultures, stretching as far as the eye can see, carpeting the hills right out to the horizon. Considering that there is only really one road in Sabah (the state which forms the smaller half of the Malaysian part of Borneo) & that we've driven around more than half of it, this is a little depressing. 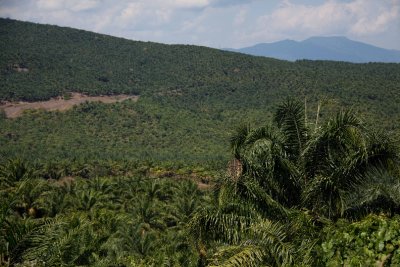 (as a bit of background – palm oil is the latest 'eco-friendly' lubricant base that all the large pharma companies put in pretty much every single product we wash, clean, condition, moisturise, or generally use or leave in close proximity with our skin or hair. It is eco-friendly in that it doesn't involve the use of petroleum-based lubricants, along with all the negative consequences of using fossil fuels; however there is one more-than-slight issue with using palm oil in that the governments of the countries where palm grows well (mostly Malaysia and Indonesia) have rushed to corner this new revenue source so regrettably that they have cut down a significant amount of primary rainforest in order to do so. This obviously destroys the vast amounts of biodiversity that was locked in these environments, along with the rather large carbon capturing potential of these ecosystems, and quite possibly is destroying species that haven't even been described by science. My slightly pessimistic view is that this is symptomatic of the sort of choices that mankind will increasingly have to face as the issues with face with the degradation of the natural environment accelerate – do we choose the more polluting alternative, or pay for decreased pollution (in the classical sense) with some other, more intangible natural resource, which is often totally irreplaceable?)

Anyway, back to the travel blog.

Apart from seeing the Lost World rather than the Heart of Darkness, we've had a really jolly time in Borneo. First up we visited the Sepilok Orang-Utan rehabilitation centre to see some of our ginger primate cousins (no, they're not trying to give up bananas or crack or anything similar, we are trying to rehabilitate them from captivity into the wild).

Next we went upriver to spend a night at Uncle Tan's Rainforest Lodge, a sort of big kids campover in the jungle, with lots of opportunities for spotting the local wildlife in the secondary rainforest. We saw proboscis monkeys & wild orang-utans, and Angi is now at least 70% less scared of spiders – a result! 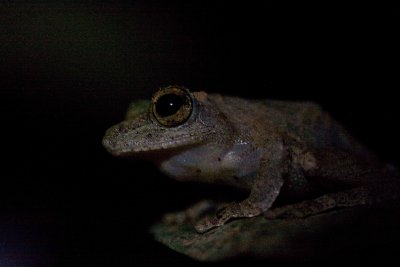 From here we went on to Semporna & the Sipadan marine park. I published some photos from Sipadan itself, but in the couple of days afterwards we had an amazing time diving at Siamil, Mabul and Kapalai, poking around the coral and artificial reefs looking for funky small creatures. We even did a dive underneath an oil rig! 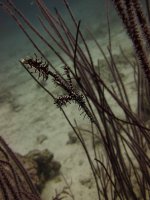 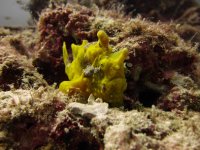 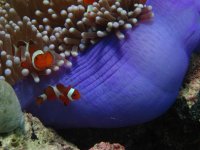 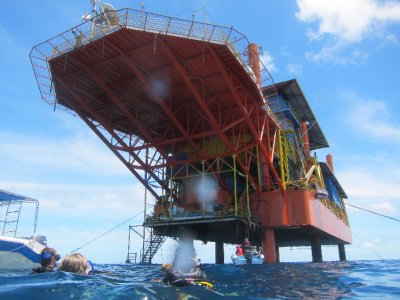 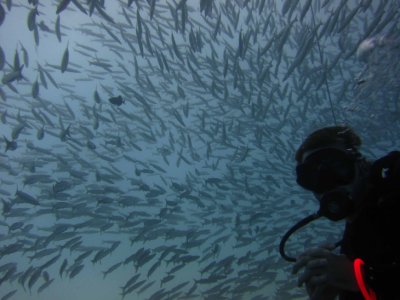 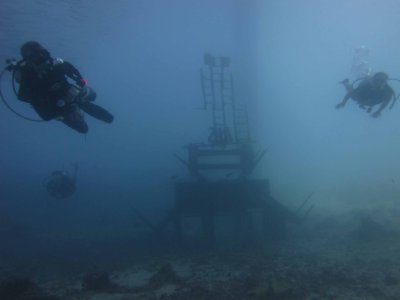 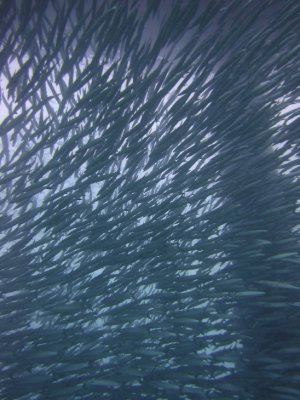 Posted by pendleton 20:44 Archived in Malaysia